Last week, part of the DirectEmployers team had the honor of attending the Military & Veterans Employment Expo (MVEE) in Colorado Springs, hosted by the Pikes Peak Workforce Center. This free event combined two days of educational sessions followed by a large hiring event. With five largely populated military bases in the area and over 50% of its military population currently deployed, a majority of the other half is seeking employment or preparing to transition to civilian life. Lack of college degrees and experience, as well as a misunderstanding of the resources available to veterans has lead to unemployment problems in the area. The following day, military job seekers were invited to attend a career fair featuring over 150 local and national employers with open positions. As a Gold Star Sponsor, we had the opportunity to talk with veterans and their spouses about our job search resource, USNLx.com. Here job seekers can view and apply for open jobs from all of our 903 Members in one convenient spot, as well as take advantage of our veteran job search tools and military skills translator. This tool translates a servicemember’s military occupational code/specialty (MOC/MOS) into civilian jobs that would be a good fit for their specific military experience. In six hours, nearly 700 job seekers came through the doors, surpassing the last two years’ attendance. Success!

We were thrilled to see 30 of our Members also participating! We are proud to be an association of employers who are dedicated to helping our veterans, military servicemembers and their families find employment. Take a look at some of the photos from our trip in the Flickr album below and be sure to keep an eye on our event calendar for more events like this one that are open for participation! 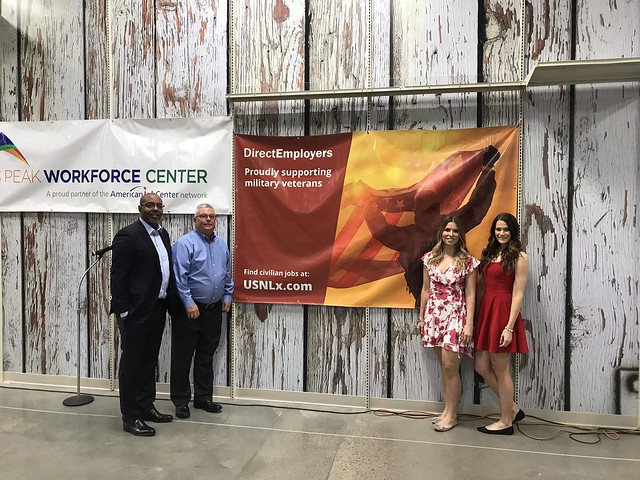